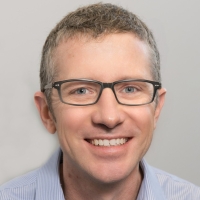 Andrew’s research focuses on American involvement in the Middle East, particularly during the World War I era. His publications include America’s Forgotten Middle East Initiative: The King-Crane Commission of 1919 (London: IB Tauris, 2015), “Jesus Optional: World War I and the Shifting Institutional Identity of the Syrian Protestant College in Beirut” (First World War Studies, 2016), and “Woodrow Wilson, the Ottomans, and World War I” (Diplomatic History, 2018). He received his PhD in Middle Eastern Studies from the University of Manchester in 2011 and is currently working on two articles about Standard Oil in the Ottoman lands.

For The Lausanne Project’s workshop in June 2021, Andrew is preparing a chapter entitled “Oil over Armenians: The 1920s ‘Lausanne Shift’ in US Relations with the Middle East.” He is also currently writing two articles about Standard Oil in the Ottoman lands. The first assesses Standard Oil’s battle for the Ottoman market and the second analyzes its transformation in the region during the World War I era.

Click here to listen to Andrew’s podcast with Jonathan Conlin on historical writing about oil.